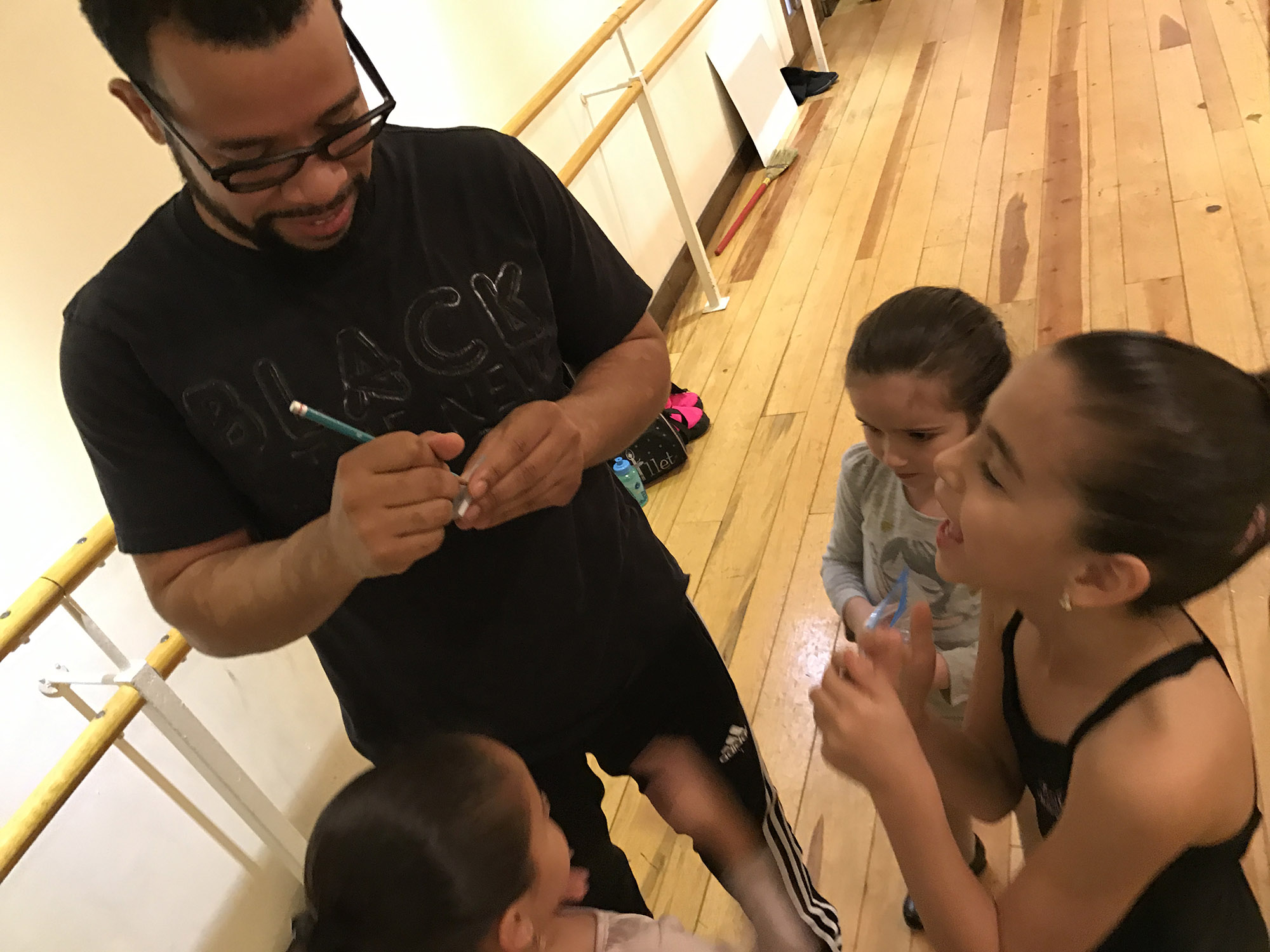 Ryan Johnson grew up in Baltimore, MD and began dancing at the Turn Out Performing Arts Center. At the age of 25, he co-created SOLE Defined, an award-winning production creating a free flowing conversation through movement and music. Ryan has performed with Cirque Du Soleil, sTOMP, STEP Afrika!, and the Washington Ballet as well as internationally in South Africa, Madagascar, Morocco, South America and South East Asia. He has been named a virtuosic tapper by the Washington Post.